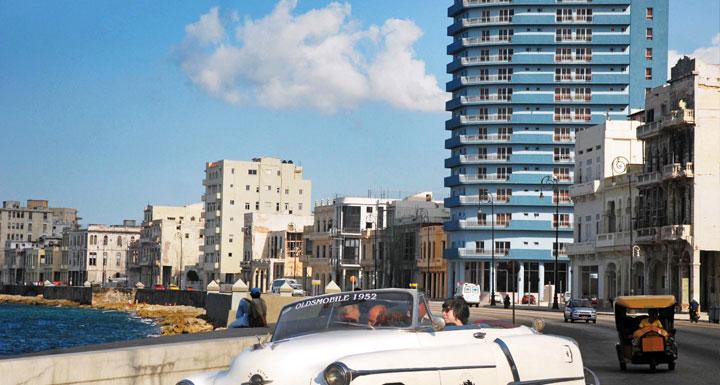 Varadero Cuba is a member city of the municipality of Cardenas, located on the peninsula of Hicacos, Matanzas province 130 kilometers east of Havana. Punta Hicacos Northeast is the most north of Cuba. It is a special territory of the Republic of Cuba. It is the closest point to the United States, is 30 km long of which 22 km are beaches. Bordered on the north by the Straits of Florida, south to the Bay of Cardenas, Cardenas east, west to the Sabana Camagüey cays, with a population of 26 680 inhabitants.

South of Matanzas is located in the Zapata Peninsula, one of the most important ecosystems in Cuba and the largest wetland reserve in the Caribbean. Its natural landscape is rich and provides habitat for rare flora and fauna, characterized by high levels of endemism.

Varadero is the most famous beaches of Cuba's main tourist destination and sunshine. The open landscape, vegetation, warm weather, the water of the sea, fine white sands that seem sifted by the hand of man, make an unforgettable destination Varadero and unrepeatable.

At this paradisiacal point of the Cuban geography has managed to combine the attractions of nature with the comforts of modern life. It raises one of the largest hotel and extra-hotel facilities on the island: hotels, restaurants, boating, golf, among others, a whole set of options that meet the most demanding taste of your visitors.

Havana is the capital city of the Republic of Cuba, the largest city, main port and economic and cultural center. The province of Havana is located on the northwest coast of the island of Cuba. Bordered on the north by the Straits of Florida and south, east and west by the province of Havana. It is also known as the founding of Villa de San Cristóbal de La Habana, and by the nicknames of Key to the New World and City of Columns (by the Cuban writer Alejo Carpentier). Havana was the sixth town founded by the Spanish Crown in the Island of Cuba, called San Cristóbal de La Habana, perhaps because he was the patron saint of sailors, and Havana, as indigenous place names.

It was founded on November 16, 1519 by the Spanish conquistador Diego Velázquez de Cuéllar. Its historic center has been declared a World Heritage Site by Unesco. Possessing a wealth of history, culture and tradition.

Havana treasures many attractions to enjoy: A large number of historical buildings and fortresses, museums with priceless treasures of colonial architecture, beautiful beaches 12 kilometers of fine white sand, and a variety of entertainment venues where you can experience Cuban culture and folklore. Here are the big hotels and the most famous restaurants as well as dozens of bars, clubs, golf courses, marinas and cruise terminal, among others, which adds an active cultural life and an impressive historical and cultural heritage which higher

There are few cities in the world apart from Havana where you can relive the events leading to a revolution and feel its consequences on the streets in a way so obvious.

Tourism Havana involves conducting a tour of Old Havana, declared a World Heritage Site in 1982. It is the best example of colonial architecture in the island and in the Caribbean. In this area you can also visit La Casa Natal de José Martí. This interesting museum displays the author's personal objects, and a collection of his books and manuscripts.

The Malecón is a seaside stroll along the coast from central Havana to Vedado. It is a meeting place for people from Havana and tourists as well as a place for recreation and fun. Its construction began under the American administration in the early twentieth century. It is the ideal place to take a walk and admire the many buildings and luxury hotels.

The Castillo de los Tres Reyes del Morro and its lighthouse are an icon of the colonial architecture of Cuba. It was built in the sixteenth century to defend the city from the constant attacks by pirates and privateers. The Fortress of San Carlos de la Cabaña was built in the eighteenth century and is the work most important Spanish colonial architecture in America. Currently it houses a museum with a collection of antique weapons in the country.